A group of friends embark on a 600 km long traverse, challenging themselves and commemorating those, who suffered the ordeal.

It's great to have a film that doesn't through all the answers at you. You descover the expedition and grow with the crew. Great story and storytelling.

Thoughtful and surprising, this is a different kind of adventure film. Siberia is a tough landscape to navigate, and the psychological and historical journey is equally difficult. Really recommended.

In the autumn of 1942 the Lena river delta became a prison for almost three thousand innocent Lithuanian men and women, young and old, who were secretly deported here by the Stalin’s regime. These forced labour camps (Russian, Gulags) on the banks of Lena and the shore of the Laptev Sea, were supposed to supply Soviet army with fish during World War II, became graveyards for thousands. Those who died in this faraway land and those, who survived the ordeal, were later proudly called “the Laptevians”. Inspired by the legacy of Gulag survivors and led by the son of a Laptevian a group of four friends and experienced adventurers decided to embark on an unprecedented traverse, lasting more than 600 km laying the route that no one has ever done before. The aim of the trip was to cross the Verkhoyansky range using nothing but their feet, inflatable boats and a spirit of friendship, in order to endure a 30-day long unsupported expedition from Batagay Alyta to the Kyusyur – a village on the bank of Lena – a place where the father of one of the members of expedition was born, hoping to meet ancestors of Lithuanian gulag survivors, who might be living there until the present day. Finally, the group planned to reach the notorious Tit-Ary island in the Lena delta, visiting abandoned Gulag and cemetery, paying tribute to all that suffered there. Initially a 4 part web-documentary “Traces” is a part of a multimedia project, which encompasses the trials of this expedition and the past events that linger in the subconscious of the Lithuanian society. It invites the viewer to explore the map with the route of the expedition, see archival material which helps to understand the history of deportations, hear the stories of survivors and relive the experience of the expedition in a mini series of short video documentaries. As a multimedia project it was nominated for an award at European broadcasting festival PRIX EUROPA 2018. 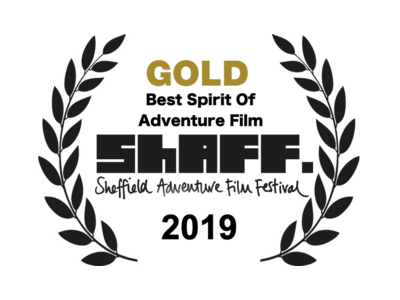