Into Twin Galaxies - A Greenland Epic

3 National Geographic “Adventurers of the Year “ embark on an insane kayaking mission in Greenland.

This is a must-see for this year's shaff 🔥💯🎥 an incredible Journey using kites skis and kayaks. Each member of the crew having a unique Talents pushed to the limits with a surprising Twist.

Add this to your list of must-see films! A hardcore adventure thats going to look and sound stunning on the big screen.

Crossing the Greenland Ice cap by kite ski is epic. Making a first descent of a river draining that ice cap is landmark. But accessing that river by towing a kayak across the ice cap to the river’s headwaters to kayak down to the Arctic Ocean is unprecedented; and that is exactly what National Geographic “adventurers of the year” Erik Boomer, Sarah McNair Landry and Ben Stookesberry want to do. Utilizing Sarah’s extensive polar experience, the team uses snow kites to cross the 1000km ice sheet, before descending through an unknown and dangerous maze of crevasses to access the source of the river. With rapids so big they are visible from satellite images, this spectacular river is a challenge for even Ben and Eric, two of the top paddlers in the world. A ski accident at the beginning of the expedition almost sets an end to the whole endeavor. A little later unexpectedly low temperatures seem to be another reason to stop the adventurers as they find their river almost frozen solid. Only the discovery of a second river that is still raging down to the arctic ocean puts the team right back into the game. 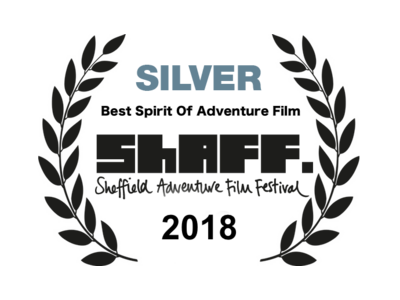