Watch as Nico Vink navigates his bike through ash and fire.

A visually stunning, high adrenaline film set in the smouldering aftermath of a wildfire.

A novel and topical approach to a mountain bike film.

When shooting action sports I always try to inject a broader theme, something that connects deeper then what the athlete is doing on the surface. For me the core of this project revolves around the idea of pushing forward when the world seemingly crumbles around you. That even when the road ahead may look bleak, to push on, to put one foot in front of the other. Charles Bukowski has this quote I like, “what matters most is how well you walk through the fire”. 2020 was one of those years that has shown that a lot of hardships in life are often events that are totally out of our control, that the only real control we have is how to decide to pick up the pieces, how we carry on through hardship. In a weird sense of irony, the struggles of making From The Ash, made me truly practice what I am preaching. We had multiple struggles with weather forcing expensive reshoots and as we went into post production the pandemic hit. This caused a major sponsor to dropout as their factory had to close due to COVID and left me to personally finance a large part of the project while also under the financial distress of not working due to COVID. There were so many times the completion of this project literally hung on by a thread and often I wondered if it was really worth it to push past the obstacles and complete it. Ultimately the answer is “yes it was worth it”. The struggle of making this film has made me grow in ways that in the end has helped me become better at my craft. Many years ago I was filming in a forest that had recently been scorched by a wildfire. As we were filming, a low fog rolled in and enveloped the forest. It was one of the most haunting and striking scenes I had ever seen. There was something so graphic about seeing these blackened trees silhouetted against this cold monochromatic backdrop. It stuck with me, for a lack of a better word I was haunted by it and always wanted to recreate the feeling it gave me, 15 years later I was in New Mexico to film From the Ash. Even though the underlying theme of this project is about perseverance, at the forefront is the destructive power of wildfires. In May of 2018 the Ute Park wildfire burnt 36,740 acres; a large swath of it was on the Philmont Scout Ranch. Thank you to the Boy Scouts of America for allowing us to film on location at Philmont. Everything was shot in a controlled setting on private land during the winter in a recently scorched wildfire area. The crew was under the supervision of forestry professionals to ensure everything was executed safely. There wasn’t a single live tree touched throughout our entire production. Thank you to the men and women who put their lives at risk fighting real wildfires around the world. Please be responsible this wildfire season.

My house is located in a place that is in constant threat of wildfires and some of my favorite places to visit have been destroyed by wildfires over the last 5 years. California had a record breaking fire season this last year and it is becoming very evident that climate change is making wildfires a much more common occurrence. This is going to be something that plagues us for many years to come, I took a 7 hour detour on a road trip a few months ago because I wanted my kids to see the Redwoods. It was done under the pretense that we should do this “just incase”. With this project, my intentions have never been to make light of wildfires or be insensitive to those who’ve lost everything because of a wildfire. The idea of tackling climate change can feel so hopeless sometimes and for me this project is about representing a ray of hope in what occasionally can feel like a bleak future. Through researching for this project, this is a topic that has become very near and dear to my heart. Knowing that we were going to be lighting fires and emitting CO2 we did what we could to reduce the impact of this shoot. This ranged from deciding to build all the jumps by hand instead of using machinery, purchasing carbon credits to offset the CO2 released during the shoot, and donating to multiple wildfire relief funds. 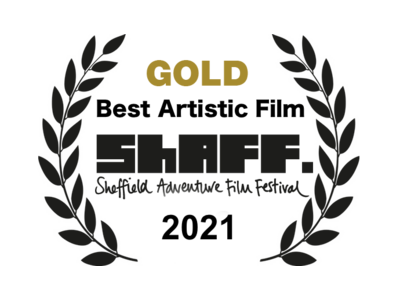 This Is Home
Many mountain bike athletes start their careers early, honing skills well before the first signs of adolescence. Then there’s Jackson Goldstone.

My Flip'n Wife
One glorious day in the desert, Kaylee Gibb decided to flip her mountain bike for the first time as a mother of 3 wild youngsters and at the age of 33.