There's cross country running, and running across the country. Especially when you have little chats with the people you meet along the way.

I loved this film and loved Rickie. His calm, measured delivery and the pace of the film gives it a very existential feeling. All of that almost hides the extraordinary physical achievement.

Wow, what an adventure!

In a time of uncertain politics and a crescendo of differences, American Ultra-Runner Rickey Gates sets off on foot across America. In the midst of the 2016 National Elections, which saw Republican candidate Donald Trump win the presidential elections, Gates realised that the America he knew wasn’t necessarily the America that was. Intrigued and curious, Gates decides to head out and see for himself in order to try understand and empathise with his fellow Americans. Starting out on the edge of the Atlantic Ocean in South Carolina, Gates journey takes him 5 months and nearly 3700 Miles to the Pacific Ocean in San Francisco, California. What begins as a search for the true America, during a period of political turmoil, ultimately becomes a story of identity as Gates begins to find clarity and meaning in his own life. 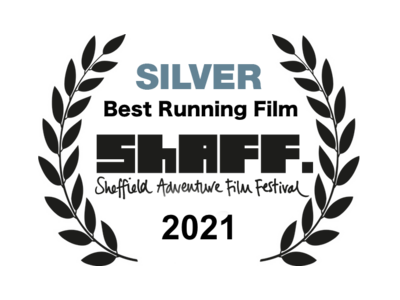