The film drew me in emotionally very quickly. Lovely use of details of experiences on the loops and their state of minds. There must have been good interviewing techniques used by the filmmakers to get people to be so candid. Nice backdrop photography. I could feel the summer smells and heat.

Originally commissioned as a promotional film by Challenge Running Ltd to spread the word about the Suffolk Backyard Ultra, no one could have foreseen what would happen. The film follows four runners looking to become the last person standing. Mike Raffan, Alison Walker, Matt Blackburn and John Stocker. All had previously achieved impressive results in other long distance races. John Stocker was the returning winner from the previous year's event. Matt Blackburn was also returning for his second crack at the event, having dropped out after 35 'yards' previously. Four days later two runners were still going and surpassed all expectations by beating the previous backyard world record of 75 yards. News quickly spread around the world and the event achieved national news headlines in the UK. But that wasn't the end. How much further could they go. How many more 'yards' could they complete? It quickly became obvious that the film of the event needed to be somewhat more than a mere promotional film. It was important to document the physical and mental effects involved in such a monumental effort. It felt vital to gain a deeper insight into the lives and minds of the runners involved and to create an historic document of the race. Months of post production filming and editing followed to produce the work presented here. Sustainability Notes The film is set in the pristine Knettishall Heath Nature Reserve. The longer version of the film features an interview with the head ranger who explains that the race uses less vulnerable sections of the nature reserve. In general runners arrive at the event and do not leave the site until they have finished, bringing all supplies with them. However, clearly the length of time this particular event took it was unfortunately necessary to leave the site to obtain further supplies. 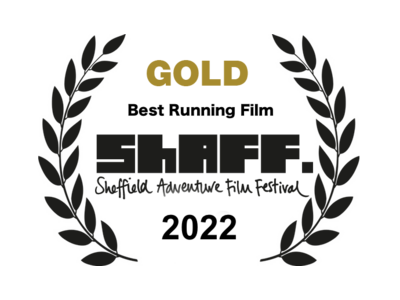 The Ghost
Heather Anderson has held the most coveted thru-hiking records on earth. She reflects on her journey in this intimate portrait.