Want to see what Danny MacAskill does on his day off?

If you're a Shaff regular you'll have high expectations for a Danny MacAskill film – fortunately his Wee Day Out doesn't disappoint. Packed with innovative new stunts, beautiful Scottish vistas and a suitably high production value this is one to get your stoke on and think about how you can get better at falling off.

Viral for a reason, don't miss this on the big screen.

"Wee Day Out" explores the rural landscape around Scotland in a film that sets out to capture the simple fun of a ride in the country with moments of incredible riding and a touch of humor. Danny pulls off never-seen-before tricks, most of which would normally be assumed impossible on a mountain bike, like leaping onto a single train track, turning a hay bale into a giant unicycle, riding over a cottage, and disappearing into a 6ft puddle. Oh, and keep an eye out for a cameo from Danny's dad, Peter! 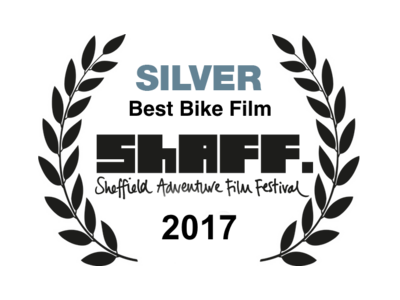 Austrian Altitude
Build It and Send It

Max Your Days
Go forth and get filthy, breathe heavy, and for the love of all that’s holy, squeeze the day till it pushes back. Max your days.

Fantasy Line
When their truck breaks down in the middle of Wisconsin, USA, trials mountain bikers Kenny Belaey and Tom Oehler follow a mysterious rider into a world of biking fantasy.

James Knowles - A Mountain Journal Short
Personal stories for the love of the outdoors. James is a Scottish mountain biker based in Innerleithen

Flashes of the Altai
Three childhood friends set out for the far western corner of Mongolia to combine mountain biking and packrafting in a self-supported adventure into the unknown.