It's time to get to know Jenn Shelton, one of the most outspoken voices in running.

Read up about who the amazing Jen Shelton is before watching this arty black and white film as it doesn't shed any light on her history (read Chris McDougall's Born to Run). It's basically like hanging out with this awesome, fun, crazy ultra runner for a while as she races, trains, drinks, runs, marshals, drinks, pukes, has accupuncture and laughs a lot. Pretty much all the time. We'd like to hang out with Jen Shelton too. We missed the colour as she ran through some truly fantastic landscapes, and there wasn't really a storyline...or much insight into her history. But her quirky, loveable character definitely shone through and the sound track suited her perfectly.

It's time to get to know Jenn Shelton, one of the most outspoken voices in running. Known for her shenanigans featured in the bestselling book Born to Run, Shelton is both a runner and an author in her own right; far more complicated than appears at a casual glance. She makes her home in a small van, known originally as Hi-C (for its initial inclination to high center), owning only what it can carry. She travels around the Mountain West spreading her unique approach to the wilderness. This is an insider's view in black & white. Filmed towards the end of summer in the great American West. Featuring Jenn Shelton with a cameo by Anton Krupicka. This is the second production from The Wolpertinger which, in 2013, produced In the High Country, vimeo.com/ondemand/inthehighcountry 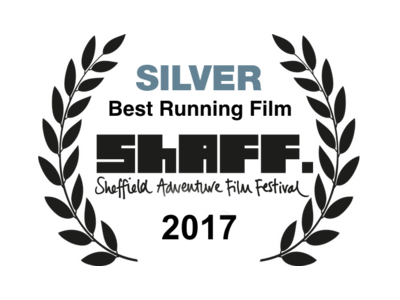 Mira
The journey of a spirited Nepali village girl on her pursuit to being a world-recognised mountain runner.

Chasing The Distance
I run. Far. 100-miles at a time. I go to a dark place and I control the pain.

Paradise Lost
Anna Frost takes some time out to journey to the highlands of Papua New Guinea to visit the place where she grew up.

What If You Fly
Hawaiian artist and muralist Sean Yoro (a.k.a. HULA)travels to the arctic waters of Baffin Island, Nunavut, to paint a portrait of a local Inuit woman on the sea ice.