Nineteen-year-old Kirill hangs out on the rooftops of apartment blocks, where his brazen stunts have earned him the nickname “Russian Spiderman.”

Crazy crazy crazy don't break into buildings and don't do this.

Fascinating depiction of urban free climbing in Moscow. Absolutely terrifying escapades - do not watch unless you have a strong tolerance for height. Way beyond an adrenaline movie

Nineteen-year-old Kirill is fearless. He and his friends hang out on the rooftops of apartment buildings, where his brazen stunts have earned him the nickname “Russian Spiderman.” But it seems that his carefree existence as a leading figure in Moscow’s “roofing” culture will soon be over. Kirill has dropped out of Russia’s top engineering university, and the unintended consequences will confront him with the one thing he does fear. The Kirill we get to know, as we climb with him to rooftops and hear stories from his friends, sees roofing as a way to find himself. The photos of him posing nonchalantly on top of Moscow skyscrapers are breathtaking. As Kirill hangs in the void between youthful freedom and adult responsibility, he says he isn’t driven by emptiness, but by his own independent-minded ambition and desire for freedom. 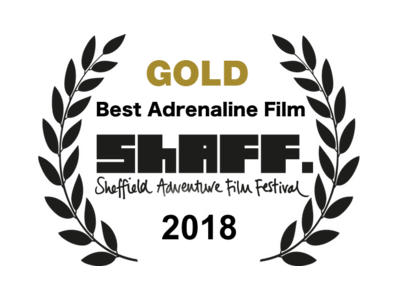