Gorgeous Peak District fell running film about a highly entertaining, somewhat unhinged running club. Very funny. You will recognise the landscape and after watching this you will want to run through it!

Feast your eyes on the beautiful Peak District! The Dark Peak fell runners know every inch of it, and this film captures the spirit and character of one of our most unusual local running clubs. This is a ShAFF must-watch!

The Dark Peak Fell Runners base themselves in Sheffield, but their playground is the Peak District National Park where they weave tracks through the fields, peat bogs and rocky outcrops to create a tapestry of eccentricity, endeavour and endurance. As one of the biggest pure fell running clubs in the UK, the ‘Dark Peak Fell Runners’ captures the personality, quirks and successes of the club and its members. Shot throughout the course of a year, the film follows in their footsteps to reveal their well-trodden Peak District running routes including the club’s flagship race, the Edale Skyline.

Tweet
Part of Made In Sheffield
Part of Run Films 2 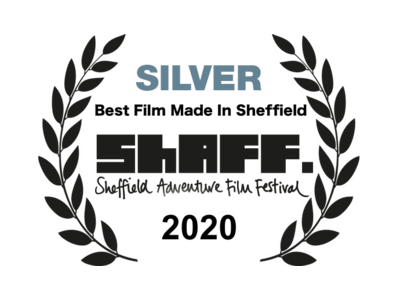