Through the magical adventures of climbing strangler fig trees in the lush mountains of Costa Rica, young climbers find love and purpose for protecting the threatened biodiversity of the cloud forest.

Climbing Giants is the culmination of two years spent climbing giant fig trees, trying not to drop expensive lenses a hundred feet above the ground, and dangling in harnesses with our legs falling asleep. We couldn’t have asked for a cooler project to present itself to us, and we feel incredibly lucky to be the ones to share the story. We launched an initial version of the film in December of 2019 and premiered it to a live audience in Manchester Vermont. We received so much positive feedback and were motivated to return to Costa Rica and build upon what we had already captured. Now we are sharing this improved version of Climbing Giants to the world. Sustainability Notes This film addresses a fundamental aspect of climate change that is seldom talked about: in order to protect something, you must first care for it. Through the magical adventures of climbing strangler fig trees in the lush mountains of Costa Rica, young climbers find love and purpose for protecting the endangered biodiversity of the cloud forest. Although this film does address the scientific impacts of climate change in Costa Rica through interviews with pioneering canopy researchers, this film focuses on hopeful emotional aspects in an attempt to author the coming generation's relationship with the climate crisis. I would say this film is equal parts focused on adventure and sustainability. In addition, the production was entirely self funded on a budget of frugality and passion, including the purchase of carbon offsets that make this a carbon neutral production. 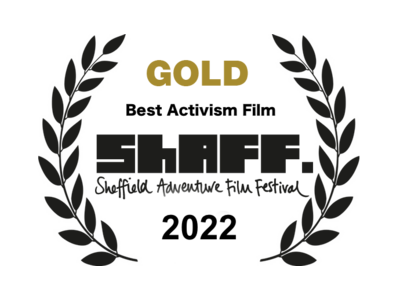 A White Dream
In love with images and the cold, the wildlife photographer Jérémie Villet travels alone through the white deserts of the Yukon winter.

Wave Of Change
Sailing around the world in search of low-tech innovation, and developing sustainable and affordable technologies.

If You Give A Beach A Bottle
Inspired by a picture book, Max Romey heads to a remote beach on Alaska's coastline in search of marine debris.