The cost of adventure: a voyage through love, family and the challenges of old age and Alzheimer’s.

A touching tale about a man whose lifelong passion for artic adventures is finally impeded by hi need to care for his alzeimers-suffering wife. Great story with excellent photography and grading and a simple but effetcive soundtracl

A lovely film about ageing that we don't often see reflected in outdoor films. Farewell to Adventure doesn't tell us what to think but leaves space to make up our own mind and see a multidimensional man nearing the end of his adventurous life.

This film is like a time capsule of somebody's life and beliefs. Made in a very sweet and tender style.

A man you would recognize as someone who fertilities others adventures but maybe the most hardest core himself. When the adventure comes to an end what does it meet for relationships, mental health, and money?

Farewell to Adventure follows legendary Arctic sailor Bob Shepton's emotional journey as he curtails his adventurous life of sailing — not because he is 85, but in order to look after his wife Kate, who has Alzheimer’s disease.  The film explores the ramifications of following an adventurer’s life. Even by Bob’s own admission, his unsettled and at sometimes chaotic upbringing combined with the loss of his father left him with some undefinable character deficiencies, creating a lifelong obsession for travel, sailing and adventure, which he has pursued relentlessly for the last six decades. The film explores where Bob’s drive to go on expeditions comes from and why he has been willing to forego a stable home life and financial security in order to pursue difficult and often unattainable objectives. Having spent most of his life focused on his own goals, the past year has seen a huge shift in that focus, with Bob now having to accept a possible end to this way of life following Kate’s Alzheimer’s diagnosis. The film looks at how Bob and his Kate’s lives have changed, how the lack of social care in the Scottish Highlands has pushed Bob to become more adept at domestic duties and the decision to sell his boat in order to fund Kate’s future care. The film follows Bob as he comes to terms with the fact that Kate will have to move to a dementia care home. With his final summer of ownership of his beloved boat upended with the Coronavirus pandemic and Kate’s condition worsening, Bob struggles to adapt. Kate goes into a care home for 10 days to give Bob a respite from this new challenge. We hear his thoughts about the new pressure and the difficulties he faces. Bob goes for a hillwalk in the Highlands to reflect on his decision. He talks about their 55-year marriage, how their fierce independence has sustained their relationship and the difficult decision to send Kate to a home. The documentary follows Bob as he sets out on a trip onboard the Dodo’s Delight - a two day journey exploring the islands of the Scottish Hebrides. Is this his last taste of adventure and freedom as he once knew it? Would he have done things differently in life? Farewell to Adventure is a portrait of one couple’s experience of growing old in Scotland and how as the population ages, we as a society need to better understand the lives of the elderly. Frequently considered only in terms of their burden on the rest of society and often talked about instead of to, the film gives a voice to an under-represented part of society; shedding light on the struggles many face with social care and offering an insight into the realities many of us are likely to confront in the future. Above all, it’s a love story exploring the tensions between independence and dependence, presence and absence and the emotional credit and debts owed to both Bob, Kate and their family after 55 years of marriage. 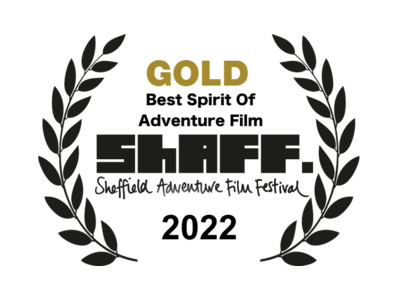 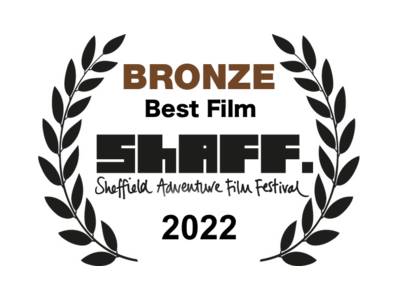 Singlehanded
A short film that tells the story of Dustin Reynolds who, with no sailing experience, set out to become the first double amputee to sail around the world.

Wave Of Change
Sailing around the world in search of low-tech innovation, and developing sustainable and affordable technologies.

The Long Today
My Dad turned 70 this summer. So he found a “river” on a map and invited his family to help him celebrate the big day.