More than a decade after his retirement, Bierly is still on the road, chasing his dream of riding as much United States singletrack as possible.

Beautifully shot portrait of a 71 year old trail biker who lives on the road. Idyllic and romantic. The sound track is super nice. One of the best films in the festival, it's very enjoyable.

There are many dimensions and wonderful candid insights in this short film Very creative photography and good music enhancing the mood.

The Nomadland for adventure film lovers. Be emersed in a landscape through beautiful natural light cinematography and storytelling.

You can buy just about anything in this world but time, and Craig Bierly is a man who truly understands the sacred and finite gift of time. After dedicating 26 years of his life to the aerospace industry, he could have comfortably retired to a sedentary life in a big house, but he opted instead for a nomadic life in his van—long before #vanlife became a hipster trend and hashtag. More than a decade after his retirement, Bierly is still on the road, chasing his dream of riding as much United States singletrack as he possibly can until his own time on the Earth runs out. 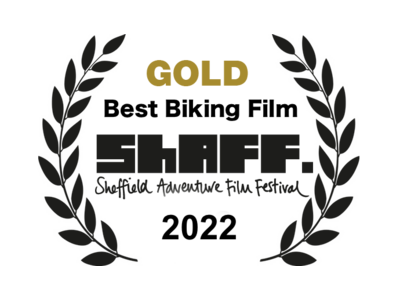 The Farmer
A local legend in the Wasatch Mountains, the Farmer spends his winters harvesting one of the most precious crops on earth: Powder.

The Long Today
My Dad turned 70 this summer. So he found a “river” on a map and invited his family to help him celebrate the big day.

The Further Away, The Better
Ron Bartle recalls his 1958 journey across the Sprengisandur, an uninhabited and vast volcanic desert that spans the centre of Iceland.