A paragliding traverse of the Alaska Range

Paragliding, Out There, Bold, Adventure, Alaska

What an incredible film probably the biggest Adventure in the festival must watch for this festival.

Another hero of longevity.

2015 National Geographic Adventurer of the Year Gavin McClurg is back with one of the most absurd and preposterous expeditions that has ever been undertaken- a full unsupported traverse of the Alaska Range by foot and paraglider. The expedition has been a dream for Gavin and was planned over a six year period. But no one has flown this far north in Alaska and the protagonists have no idea if it is even possible. Using nothing but their wings and dogged perseverance, and filmed by a skeleton crew in one of the most vicious and inhospitable places on Earth Gavin and his partner Dave Turner struggle through a vast frontier that has way more Grizzlies than people, no infrastructure, brutal weather and their own difference of opinions. The viewer is enveloped into the team's world of ice and snow, and they are treated with a tumultuous but eventually successful journey through one of the most visually stunning places in the world. A Red Bull Media House production, filmed and edited by ReelWaterProductions. 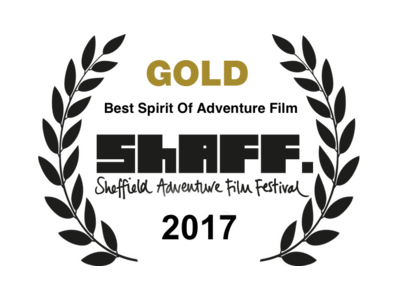 Locked In
Jaw dropping first descent of the Beriman Gorge

Dodo's Delight
Jump on board a madcap sailing adventure to the biggest rock walls in the Arctic Circle with a team of elite climbers as zany as they are talented.

Down to Nothing
This harrowing expedition pushed a group of mountaineers to the mental and physical brink; carving them Down To Nothing.

Fledglings
As longtime professional climbers who eat, sleep and live the sport, Cedar Wright and Matt Segal are used to being competent, comfortable and at the top of their game.

The Trail to Kazbegi
What happens when four like-minded adventurers head into one of the world’s wildest mountain ranges with nothing but their mountain bikes and enough food to survive for 10 days?

Flashes of the Altai
Three childhood friends set out for the far western corner of Mongolia to combine mountain biking and packrafting in a self-supported adventure into the unknown.